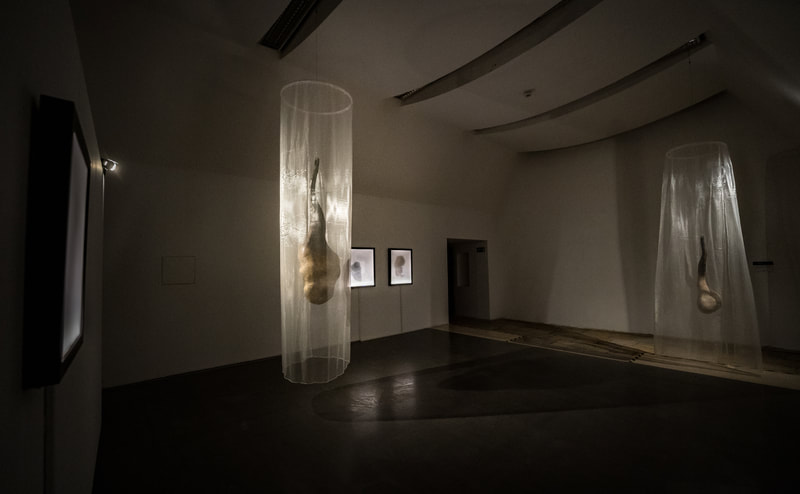 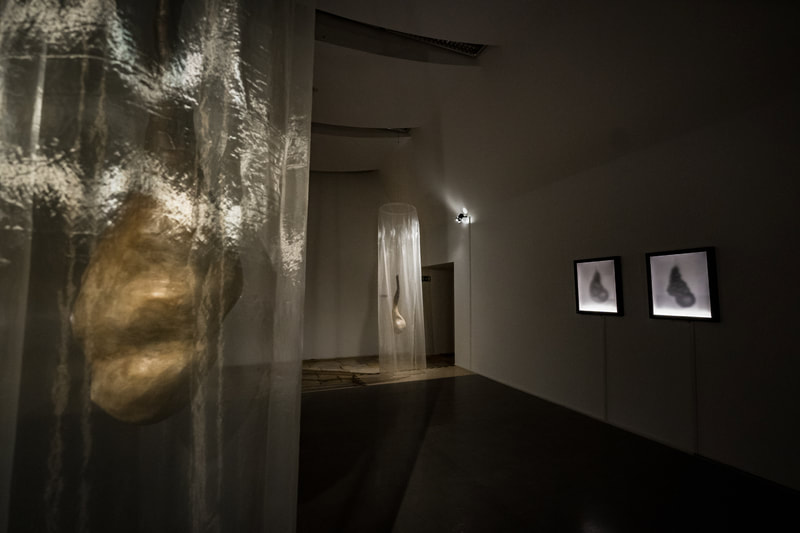 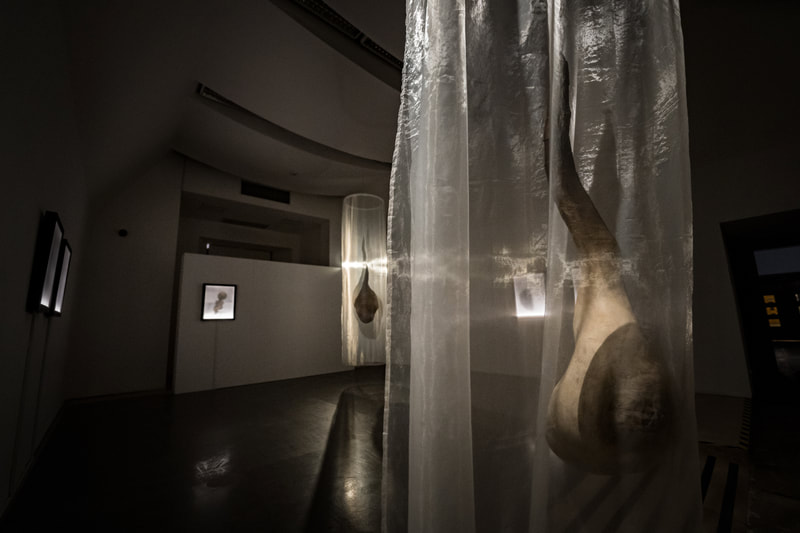 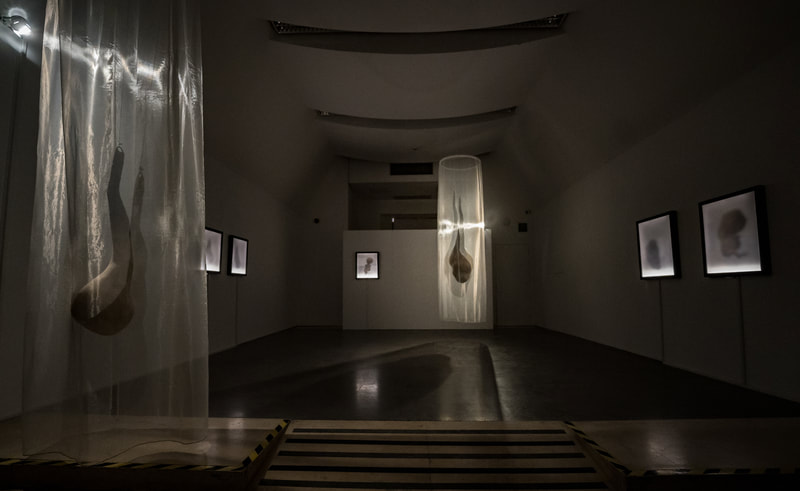 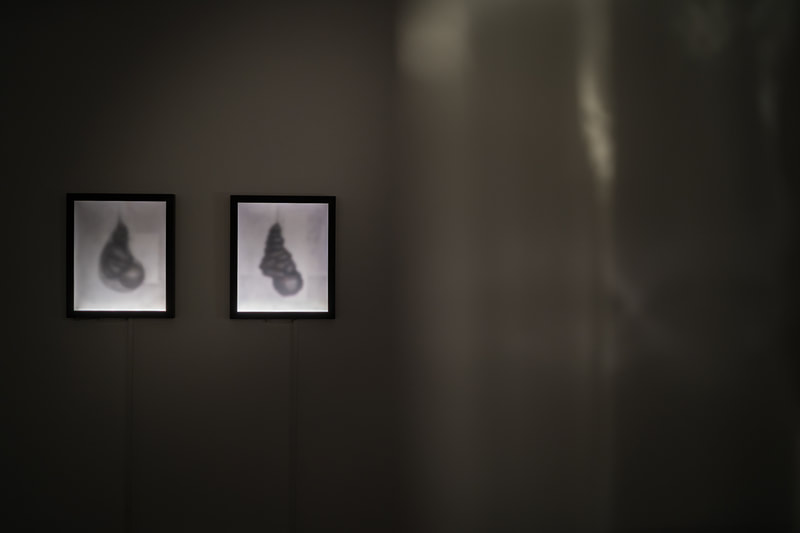 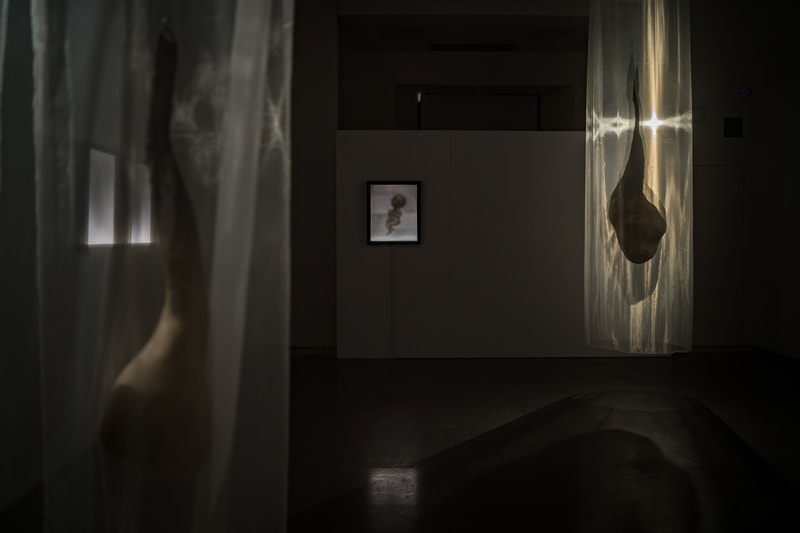 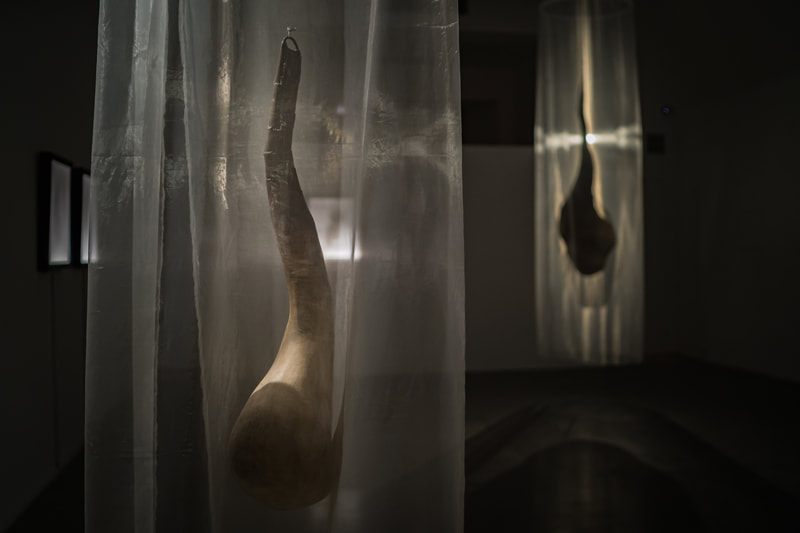 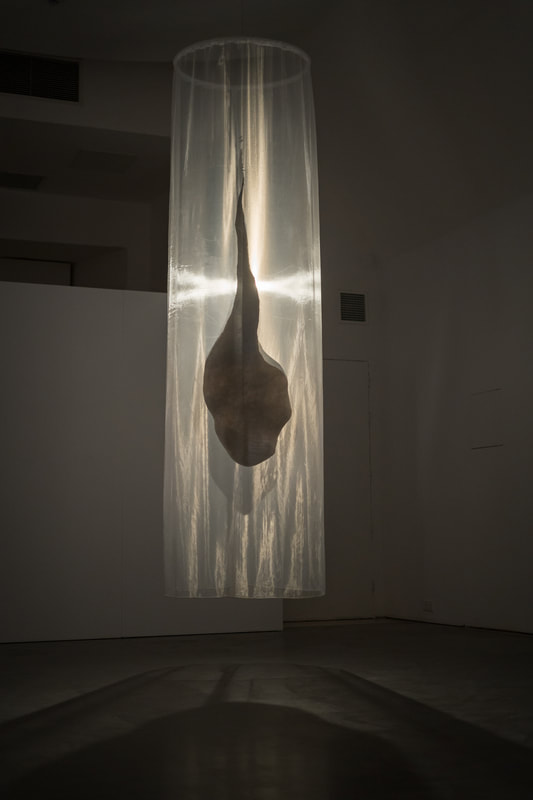 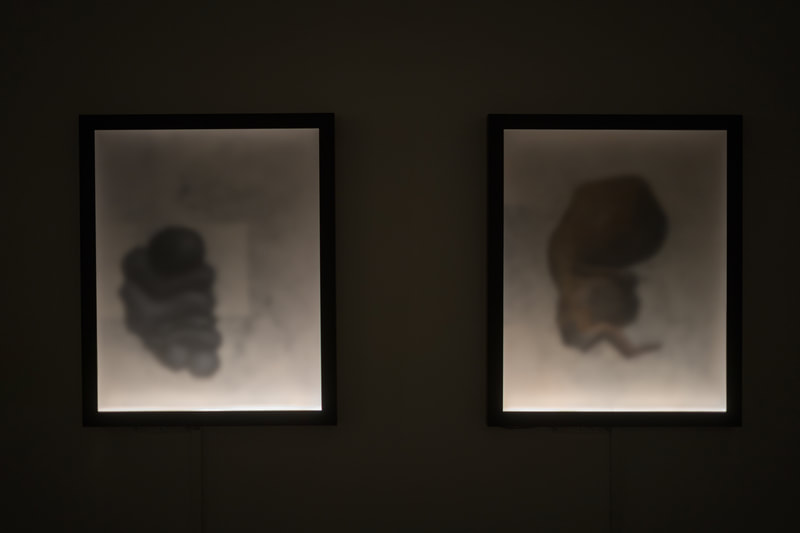 Spazju Kreattiv, Valletta
Materja was a project as part of In Between exhibition, a collaboration with fellow artist Matthew Schembri and curated by Vince Briffa. It is a body of work that reflects on the materiality of life; what comes before and what follows. It seeks to question our understanding of life, consciousness and the beliefs surrounding these. It further addresses the in-between states of asleep and awake, death and life, and consciousness and unconsciousness. These in-between states are ambiguous in nature and this is reflected in the work on various levels. This ambivalence is reflected conceptually, in the forms depicted as well as the way the work is perceived. The artworks cannot be seen directly; the detail and materiality of the work is lost. This reflects the dichotomy between the physical and the intangible, life and afterlife, and consciousness and unconsciousness. The work also touches on the concept of purgatory, which is the intermediate state between death and resurrection; a state of suspension, where souls are in the process of cleansing for an undefined period of time over which they have no control. This is reflected in the forms themselves, which stem from the concept of pupation and chrysalis formation, and the process of shrouding in preparation for what follows. The frailty resulting from this lack of control and uncertainty brings angst; angst about the unknown. 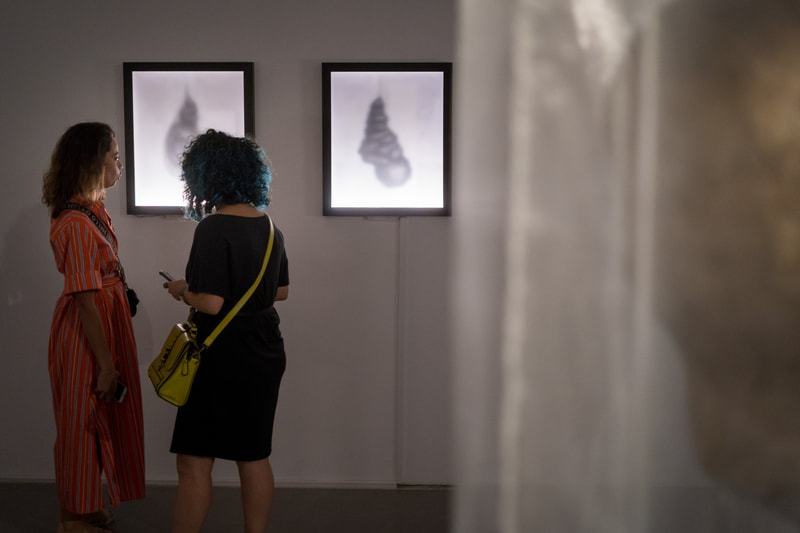 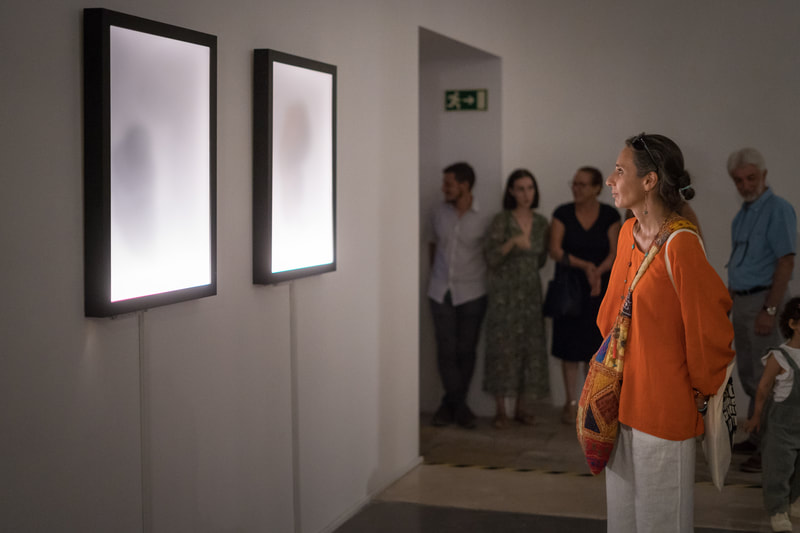 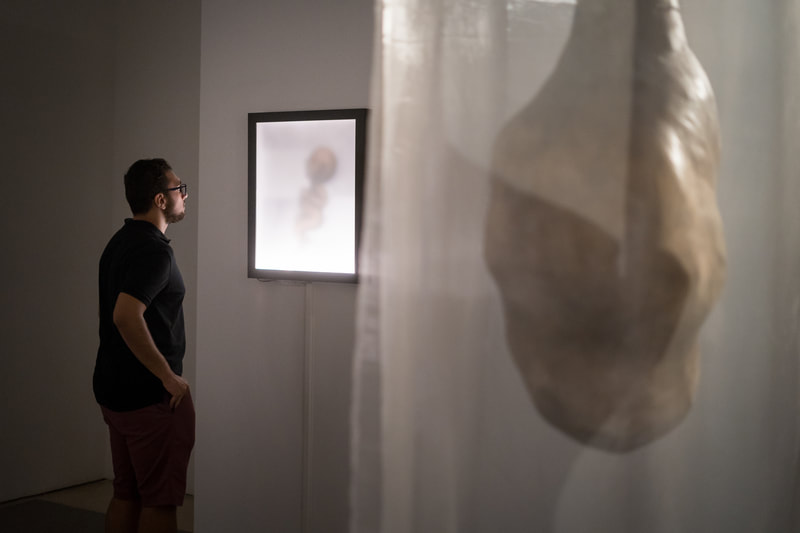 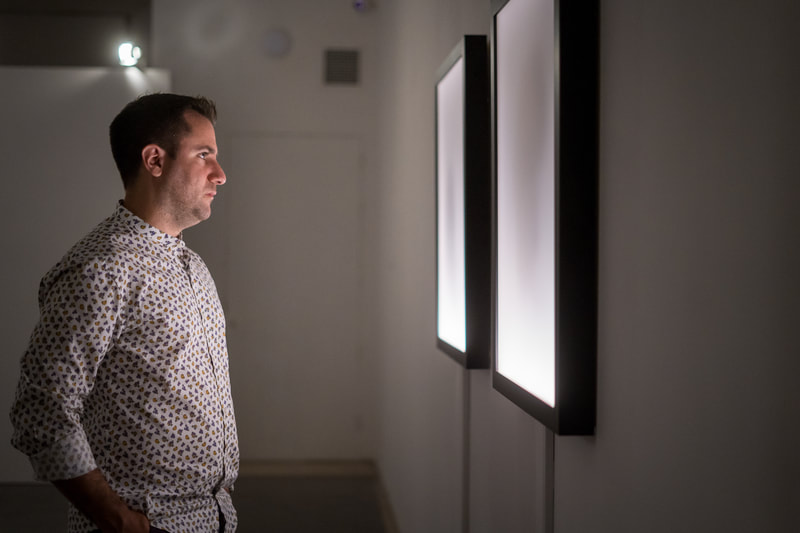 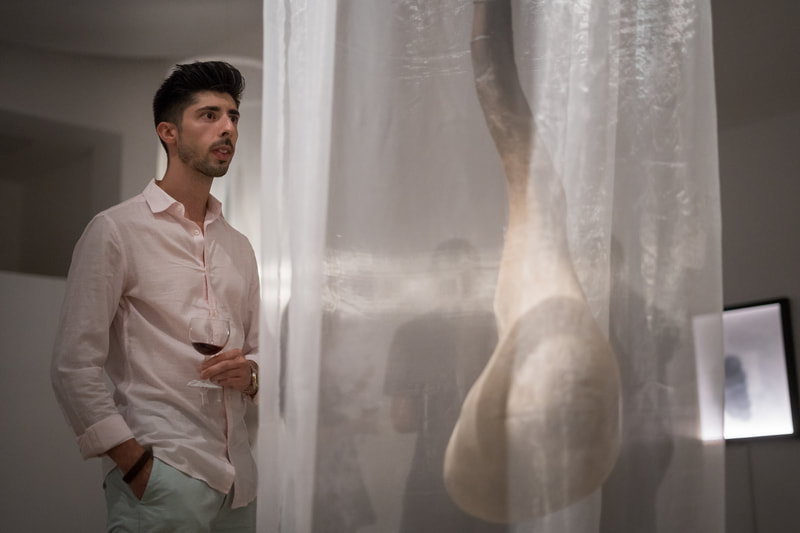 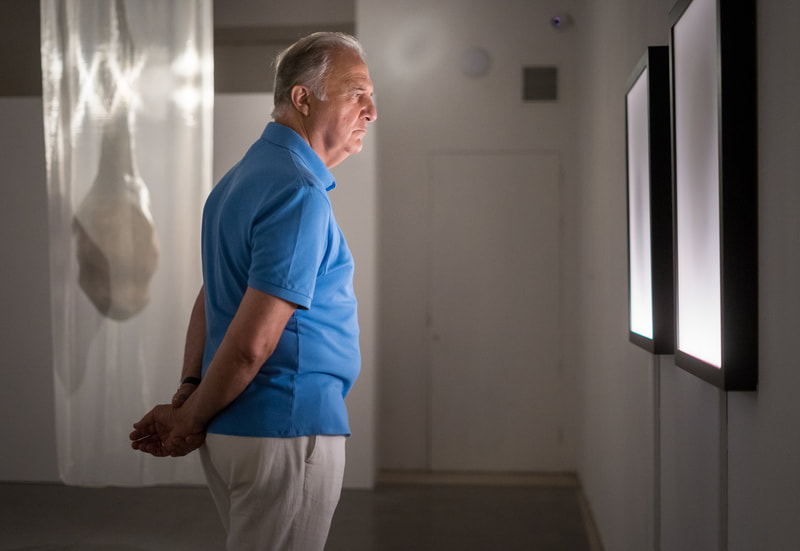 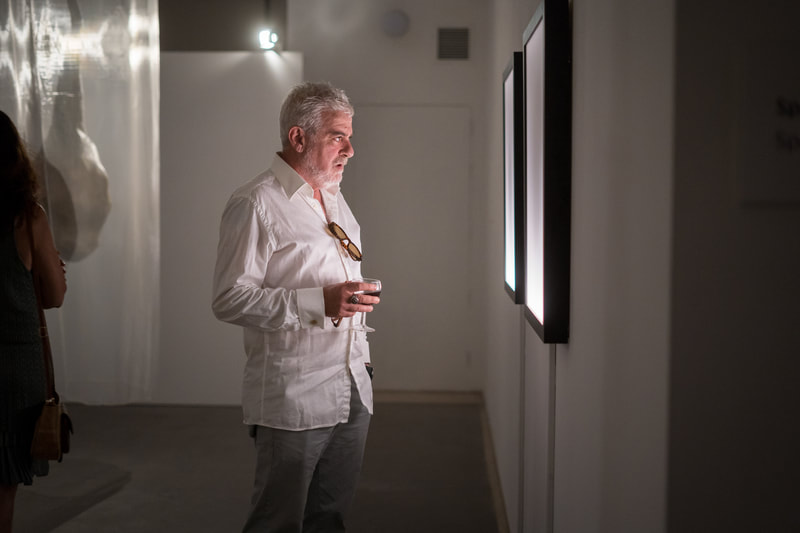 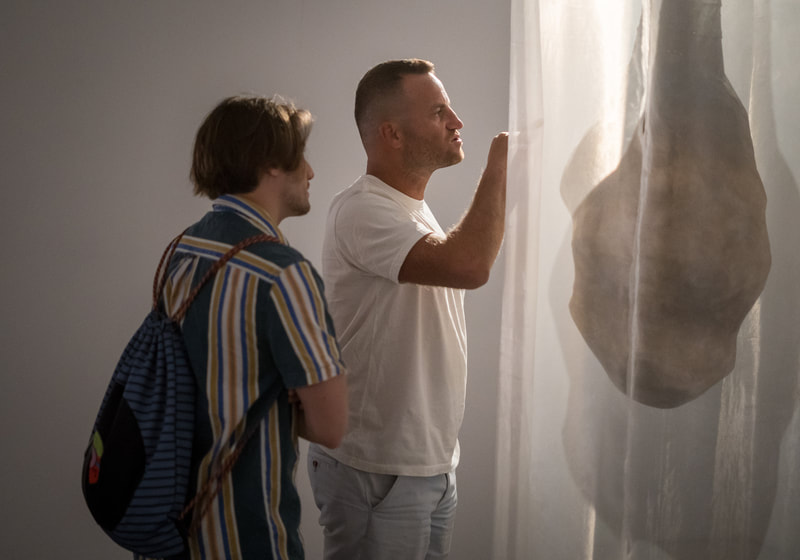